The international programming contest for university students is considered the first programming competition that is organized by universities worldwide.

For more than four decades, ICPC has grown to become a globally competitive, developing and educational program in the world of games that has raised the expectations and performance of the competitors in this competition in computer science and engineering.

The ICPC Foundation, hosted by Baylor University, has been organizing this competition since 1977 and with the sponsorship of the American ACM and Pi Epsilon. 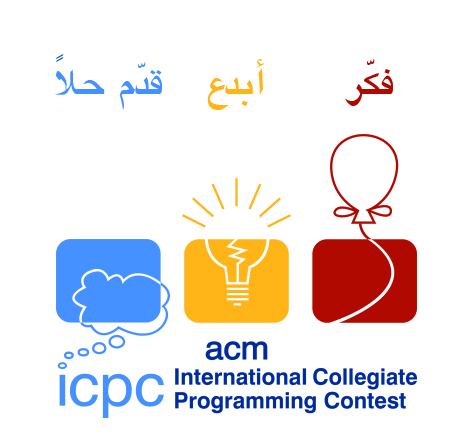 The stages of the programming contest

The competition is held annually according to several levels of competition:

The importance of participating in the competition

Participating in the programming competition

Students are entitled to participate in the programming competition for university colleges in case of:

- The team consists of three students.

- During the competition, the participating teams will be given five hours to solve a range of problems ranging from 8 to 12 problem. The teams deliver the solutions in the form of a written executable program in one of the following programming languages:

- Each team is allocated one computer only, and the participating teams are asked to solve as many problems as possible, and hence the teamwork and coordination between the team members should be used to invest the time of the competition in a most optimized manner.

- When the team can solve the problem, the solution is sent to a server that has an automated program. The program evaluates the sent solution under the supervision of the jury. When the solution is satisfying within the specified period of time, the result of the problem is accepted.

- The team is ranked first if it can solve the largest number of problems in the shortest possible time and the minimum number of wrong attempts, and according to this strategy the competing teams are arranged. 21 minutes are added to each wrong attempt and this is added to the total time required to deliver solutions in the competition.

- The computers of the teams are equipped on two levels: the hardware level and the software level

Participation of the Syrian Virtual University in the programming competition

The Syrian Virtual University Grants for the students of the competition

The trainee is enrolled for a level-placement exam, and based on the outcome of the exam the students are sorted to the following two levels: